Origin of 'Stairway to Heaven' questioned at copyright trial

Origin of 'Stairway to Heaven' questioned at copyright trial

LOS ANGELES (AP) – The opening to Led Zeppelin’s “Stairway to Heaven,” one of rock ‘n’ roll’s best-known ballads, was played for jurors Tuesday in a case brought by the estate of a dead musician that claims it was stolen by the men credited with creating it.

A lawyer for the estate trustee of the late Randy Wolfe, also known as Randy California, claimed the British rockers lifted the passage from the instrumental tune “Taurus,” recorded by his band Spirit, and infringed on the songwriter’s copyright.

“This was a song that Randy California had written for the love of his life, Robin. That was her sign, Taurus,” said attorney Francis Malofiy. “Little did anyone know it would fall into the hands of Jimmy Page and become the intro to ‘Stairway to Heaven.'”

An attorney for guitarist Page and singer Robert Plant told the eight-person jury during opening statements in Los Angeles federal court that the chord progression in Wolfe’s song is common and found in songs dating to the 1600s and that other similarities also exist.

“Do re mi appears in both songs,” said attorney Peter Anderson, who also claims Wolfe’s estate doesn’t own the copyright to “Taurus.”

Page and Plant, both with their long hair pulled back and dressed in dark gray suits and white shirts, listened quietly as the first two minutes of the song was played for the jury. Their attorney then played a piano interpretation of “Taurus” that had only a vague similarity.

Malofiy showed videos of guitar interpretations of both songs, which sounded more alike. When played simultaneously, similarities and differences could be seen and heard.

Malofiy said Wolfe’s work formed the basis for the riff that made the song a hit that is still widely played.

“When you hear those first iconic notes of ‘Stairway to Heaven,’ it’s instantly recognizable,” Malofiy said.

Joe Bennett, a forensic musicologist at the Boston Conservatory at Berklee, said both pieces are based on a descending chromatic chord sequence in A minor that was used decades earlier for the song “My Funny Valentine” and in other well-known pieces.

“It’s a well-used musical device. We can say with certainty that that chord sequence is not original,” he said. “It wasn’t written originally in 1968” when “Taurus” was released.

U.S. District Judge R. Gary Klausner ruled in April that evidence presented in hearings made a credible case that Led Zeppelin may have heard “Taurus” performed before their song was created.

Led Zeppelin opened for Spirit in their debut U.S. show in December 1968 in Denver, Malofiy said.

Page and Plant didn’t hear the song for decades, though Led Zeppelin had incorporated a bass riff from one of Spirit’s songs, “Fresh Garbage,” in a medley, Anderson said.

Malofiy, attorney for Wolfe’s trustee Michael Skidmore, said he would focus on inconsistencies in Page’s deposition, in which he initially said he didn’t know of Spirit and later admitted admiring their music and owning some of the band’s albums.

“Stairway to Heaven” has generated hundreds of millions of dollars over the years. Malofiy said the estate was able to sue after a 2014 change in the law allowed suing for continued copyright infringement.

Page, Plant and bandmate John Paul Jones are all expected to testify at the trial, though Jones has been dismissed as a defendant in the case.

A judge trimmed the award, and the verdict is under appeal, but the decision appears to have prompted a surge in copyright-infringement filings.

Vandals destroy display made of canned food at Gardens Mall 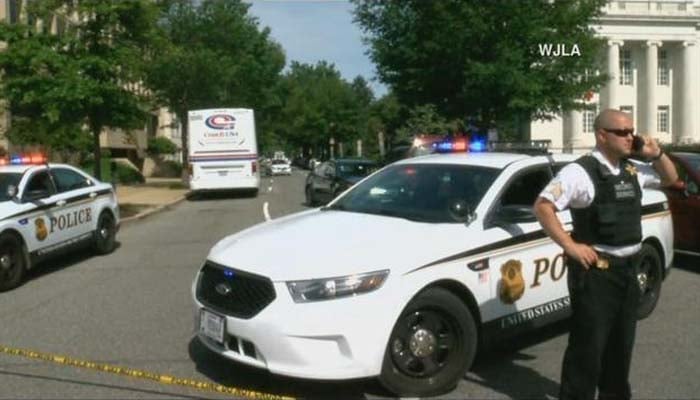